GHI Electronics FEZ Cerb40 - Use it as is (.NET micro framework), natively, or convert to ARDUINO!!

Think of the possibility of an Arduino Due derivative with this processor.. 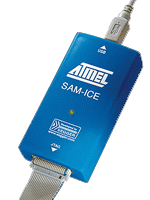 I recently got one of these...yeah!!  I will be using this with YAGARTO and MDK-ARM (free 32KB limited edition).

The Atmel SAM-ICE debugger is available for all Atmel ARM targets which includes a free GDB Server license.

There is a good tutorial regarding its' use with the YAGARTO tool chain, …

ArmDuino is an Arduino Due variant offering a smaller form factor along with a few other niceties!

along with Arduino 32-bit software.

Developer Edition Hardware of ArmDuino Pilot is currently under way! Kicad EDA Suite -- Everything Tastes Better When It's Free

I've been playing around with Kicad lately.  I stumbled upon it for the first time playing around in Ubuntu (KDE) some months ago, running on a BeagleBoard XM of all things!  Since then I've loaded the Windows version as well and it works exactly the…

As August approaches and Ning switches over to a paid service...a decision must be made.

XmegaPilot (and various other supporting reasearch activities) has not benefited
from the open invitation for collaborative development that a social network can provide.

I believe the decision is clear.

Add Your Wishlist and Feature Requests for XmegaPilot!

Reply with your wishlist of features...now is the time for your input..hardware design is in progress
and there is a window of opportunity.....

How many servo ins and out?

FPGA Just Might WIN!
Working hard on implementing the Input Capture-Multiplexer.
I'm working with Xilinx Webpack 12.1 and I have a little help with Atium Designer as well :)

It's starting to look like the CPLD won't have the resources I need in a sized package or price I'm looking for.
There are some good options in the Spartan family in the $6 to $12 range that I'm exploring.
I have 3 Xilinx development platform's I'm… Continue 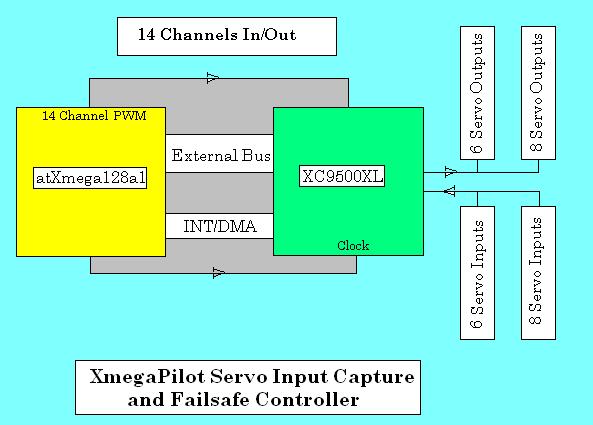 The 9500 series Xilinx CPLD is memory mapped into external address space using the atXmega's external bus interface. The CPLD provides a linear address mapping of all 14 Servo Channel Captures. Alternatively, the CPLD will detect frame ends and signal an interrupt to transfer all 14 Captures via DMA to an assigned data memory location within the atxmega. 14 PWM outputs will be sent to the CPLD from the atxmega. Failsafe routing of servo input… Continue

Kixrazor is a pretty cool Electronic Flight Information System as called by Natalius Kiedro its creator. Very nice write up is available at http://www.mcselec.com/index.php?option=com_content&task=view&id=269. The hardware uses a GPS feeding into a Sparkfun 9DOF "Razor" board whose output is used by the AR7212 autopilot which finally sends telemetry (NEMA and AHRS) out to a 433Mhz Modem… Continue 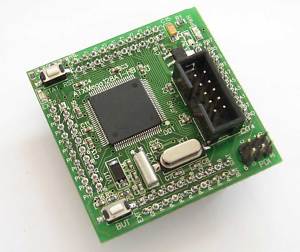 Very nice looking atXmega processor breakout board available from BraveKit on ebay at http://cgi.ebay.com/Xmega-ATMEL-ATxMega128A1-header-develop-board-JTAG-PDI-/350350368194. Looks like a nicely equipped board with fully fanned out I/O's and pre-installed… Continue

XmegaPilot to use MARG AHRS algorithm by Sebastian O.H. Madgwick

Various algorithms of varying complexity and computational requirements are available to determine the orientation of an object using 9DOF sensors. The Kalman filter was considered and not selected due to issues of simulation, complexity, computational load, and lack of knowledge and experience to take advantage of numerically well… Continue 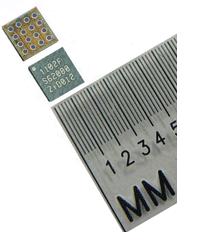 MTK3329 Size - Compare to Atmel Xplain and an Ardupilot The MTK3329's arrived and they are amazingly small. The picture shows an Atmel Xplain development board next to a DIYDrones Ardupilot. Below from left to right, is the amazingly small Gmm-U1, the FGPMMOPA6B with integral LNA and 16mm tuned patch antenna followed by a Sarantel helical SL1203A passive antenna. I have an old Rockwell Jupiter GPS module that… Continue The recently updated ATxmega128A1 development board, JM-XD200-USB
, by Justin Mattair at http://xmega.mattair.net/ is a very nice atxmega platform. He has thoughtfully included an onboard ATmega32U2 as a PDI programmer, LUFA style (ala… Continue